In a world of selfies, social media and 24/7 news, it has never been more true that out of sight is out of mind. With so many things clamoring for our attention, it’s all too easy to overlook or forget those who don’t make a fuss.

That is the challenge for Foursquare Missions International (FMI) workers in parts of the world where the nature of their ministries requires great discretion but still needs sustained prayer and other support that are typically fueled by regular updates and fundraising efforts.

In addition to serious security concerns—new believers can face persecution and even death—those serving among unreached people also deal with the reality that their labors do not produce the large-scale results that make headlines.

But what they are doing is about more than a passing interest. It is helping realize a Bible passage: Revelation Chapter 7’s promise that, one day, people from every tribe and tongue will be gathered around God’s throne in worship.

“If you are going to have a harvest, someone has to plow the hard ground,” says Sam Johnson, FMI’s area missionary to the MENACA region—the Middle East, North Africa and Central Asia. And this is the hardest of ground: around 600 million people in more than 26 countries, some 99 percent of whom are Muslim. Evangelical believers account for less than 0.001 percent of the population. 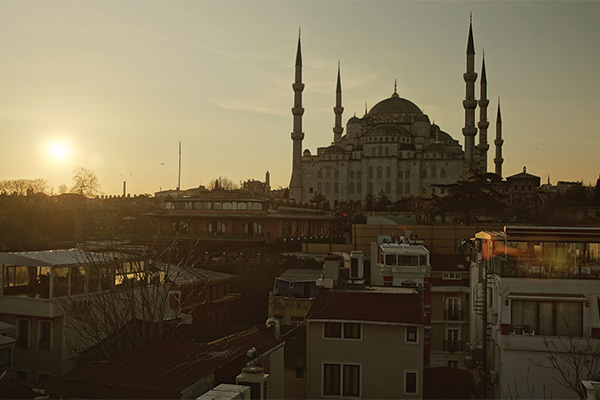 It is here that just a handful of FMI workers and some from other nations where Foursquare has a presence labor quietly in friendship evangelism, teaching English, hosting discrete home Bible studies and doing relief work.

“The key is helping people to fall in love with Jesus,” Sam says of the varying strategies. Most Muslims know something about Jesus, as He is mentioned in the Quran. But, Sam explains: “There is not a lot about His personality, He is not fully fleshed out. As you begin going through the gospels, talking about how Jesus loved the outcasts, how He treated women, how He showed love and compassion, people fall in love with Him.”

For all the scale of the challenge, FMI is seeing results: Home groups and fledgling churches are being established. And Sam sees God sovereignly at work, too, with many reports of Muslims coming to Christ through dreams and visions.

Openness to the gospel also is being fueled by conflict and disasters that have displaced many people in the region, and by growing dissatisfaction with streams of radical Islam. Most Muslims, Sam notes from more than a decade living in the region, where he learned to speak Arabic fluently, are peaceful and friendly, and as alarmed by terrorism as those in the West.

Though the harvest in MENACA has been slow coming so far, Sam is hopeful. “More and more Muslims are open to the gospel,” he affirms. “More have come to Christ in the past 50 years than in the previous 1,500.”

Helping prepare the ground and being ready for windows of opportunity—“like the Arab Spring, revolutions or refugees,” Sam notes—are only possible because of support like that from FMI’s Global Mission Fund. “It provides the resources to send people to nations where it’s almost impossible for someone to raise the support they need because of the security concerns, where their email may be monitored,” says Sam.

Rod Light, a communications coordinator with FMI, echoes Sam’s sentiments. Partnering with FMI through its Global Mission Fund, he says, is an opportunity to “reach the hidden places of the world, for each of us locally to join forces so we can see under-reached people groups touched by the love of Jesus and by the truth of the gospel.”

Visit FMI’s Global Mission Fund webpage for more information on how you can be part of reaching the world’s “hidden places.”