Significant progress has been made in The Foursquare Church’s Five Stakes since they were first introduced in 2014. Read an update from President Glenn Burris Jr., re-familiarize yourself with the Stakes, and check in on where the future of Foursquare is heading. 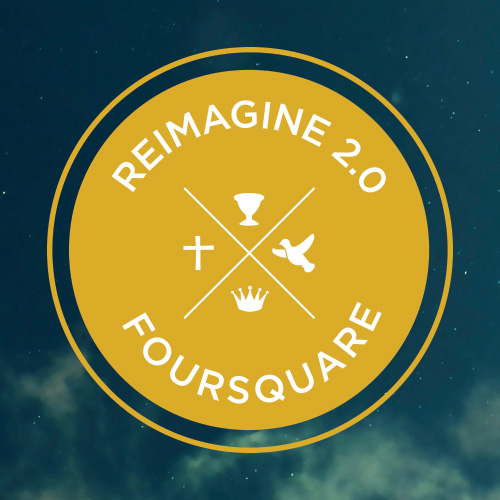 A progress report on Reimagine and more about what will be involved in Reimagine 2.0 will be presented during the business session at Foursquare Connection 2016 in Honolulu. Here are highlights of what has happened since last year’s convention in Anaheim:

A national task force continues to evaluate Foursquare structures and systems to ensure they all have a “missional focus.”

Supervisors for the revised 11 districts have been appointed in line with the “catalytic leader” profile, which identifies ministry gifts and abilities, and details the values and behaviors required of the role. Together with national leaders, the supervisors are meeting twice a year with a “one team, 11 districts” emphasis to pursue ways of furthering church multiplication, church transformation and leadership formation.

Deployed in spring 2015, the Canvas learning management system has expanded to include all 11 districts, as well as Foursquare Missions International. There are currently over 800 users on the Foursquare Canvas platform, and it is now open to institutes and churches. Credentialed ministers can learn more at the Foursquare Education website.

The initial goal of returning 20 percent of the tithe to the field was achieved well ahead of schedule, with checks totaling $5.8 million going out to churches last year. The National Church Office heard reports of local churches “being able to do things they were never able to do before, new initiatives, and being able to increase in scope the opportunities that they already have,” says Adam Davidson, vice president and chief operating officer.

At The Bridge (Christiansburg Foursquare Church) in Christiansburg, Va., the money was used for missional engagement by sending members out to reach their community on Sundays at regular intervals, in lieu of having services. Others have been using their returned tithe money to kick start new church plants or congregations.

Much of this financial reallocation was made possible through ongoing streamlining within the central office, which included selling strategic income-producing properties and reinvesting the proceeds for a higher rate of return, as well as further reduction of office space within the Rolf K. McPherson building, home of the Foursquare central office in Los Angeles. Other cost savings were realized through the closing of the processing center in Concord, N.C., with its duties being transferred to the central and district offices.

New technology enhancements include the introduction of an online administrative toolkit, which includes practical resources, in Spanish and English, that are “extremely practical and pertinent to the day-to-day challenges faced by our local church leaders,” notes Adam. The Foursquare Church continues to look for new ways to reduce expenses and increase revenue with the goal of returning even more money to the field.

Central to Reimagine’s financial restructuring has been establishing Foursquare Foundation as what Glenn calls the movement’s “financial engine,” generating new sources of income to replace the money being returned to the field. This means that, in addition to their already missional foci of “accelerating worldwide, interdenominational evangelism,” Foursquare Foundation will endeavor to develop new sources of income while responsibly blessing the church and the world around us.

We believe there are wells of provision and blessing that have yet to be tapped. One innovative way Foursquare Foundation has begun to do that is through negotiating a pilot solar energy program for a Foursquare church in Hawaii that will slash its power bill, thereby saving money and increasing the church’s income available for mission.

“Funding models are changing, giving patterns are changing, not just here in the U.S. but globally,” explains the Foundation’s Interim CEO Joe Wainer. “We really have to be on the cutting edge of what that means for us as a movement. If we believe God is our provider and that ‘we shall not want,’ then there are rivers of provision and blessing to be discovered. This is part of the beauty of God’s greatness.”

In addition to funding Foursquare Education, a Global Cities strategy and providing Foursquare Senior Living subsidies, Foursquare Foundation is strategically helping the global church through the leadership of the Foursquare Global Council (comprising the regional chairs of each of our 15 regions).

Three target initiatives guide the Global Council’s mission: (1) our shared mission; (2) training and education; and (3) governance. A commitment has been made to help fund fruitfulness in all of these vital areas. The partnership with the Foursquare Global Council is an expression of Foursquare Foundation’s missional focus—to effectively catalyze kingdom advancement through The Foursquare Church, in the U.S. and globally.

Finding the best way to provide the option for local churches to lease or own their own properties has been a prime example of the need to adjust on the Reimagine trail. After it became clear that the original idea of allowing local churches to form their own LLCs was not workable, last year’s Foursquare Connection approved following a different route, which would involve congregations forming their own tax-exempt corporations.

Since then, Foursquare’s Bylaw Committee has been working on a comprehensive revision of the church bylaws that would permit such a move, and drafting a unique covenant agreement each local congregation choosing this option would need to sign with the national church. Both are due to be presented to this year’s convention.

Foursquare’s missional objectives are: (1) leadership formation; (2) church and congregation multiplication; and (3) church transformation. In April and Oct. 2015, Foursquare sent checks to tithing Foursquare churches, with a third round due in April 2016. At the time of this writing, Foursquare had distributed the following funds, which were to be used on missional objectives: April 2015: $2,818,937 and Oct. 2015: $2,943,773.

Read “That None Should Perish,” Glenn’s introduction to this update on the Five Stakes.
ShareTweetEmail
Glenn Burris Jr. served as the president of The Foursquare Church from 2009-2020.
Advertisement