The 2013 convention body passed a bylaw amendment to increase the number of directors on Foursquare’s board of directors from 20 to 25. This change will make it possible for all 14 districts to have board representation; prior to this change, only nine districts had directors on the board at any one time.

Corporate Secretary Sterling Brackett recently conducted elections, and the following five directors were chosen. They began their service on the board on Oct. 21. 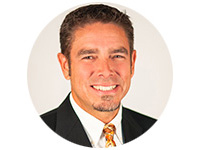 Doug Andersen is senior pastor of The Church On The Way Santa Clarita in Santa Clarita, Calif., which he planted in 2008. Doug has been a contributing writer for the Spirit-Filled Life Bible for Students and Pastors of Promise. He serves on the Pacific Coast and Valleys District council, as a member of the Foursquare cabinet, and on the Foursquare Foundation board. 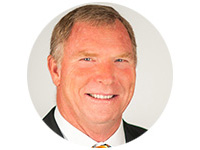 Dave Edler has been leading Yakima Foursquare Church in Yakima, Wash., for over 14 years. He has planted two other churches in Yakima, Franklin Hill (Yakima Central Foursquare Church) and West Valley (Yakima West Foursquare Church). Dave studied at Washington State University and Fuller Seminary. He is a divisional superintendent and serves on the Northwest District advisory council. 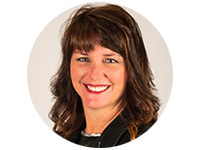 Carrie Jenkins has been a Foursquare credentialed minister for over 23 years. She and her husband, Dale, currently serve as lead pastors of New Hope Worship Center (Concord Foursquare Church) in Concord, N.C. They have faithfully served New Hope and the community for 20 years. Carrie began the J12 ministry at New Hope and established a leadership team that truly believes in “reaching a generation before it needs to be rescued.” 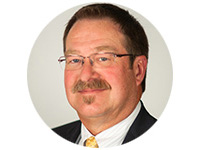 Michael McReynolds was appointed senior pastor of Church on the Hill (Hillsboro Foursquare Church) in Hillsboro, Texas, in 1999, and has served that church and community for the past 14 years. In addition, he is area superintendent for the North Central Texas area of the MidSouth District. Michael has previously served in pastoral ministry in Louisiana and Mississippi, and also was a missionary in northern Mexico for four years. 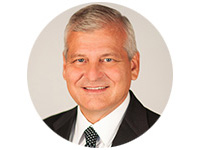 Clayton Robinson is senior pastor of The Connection (Lake Forest Foursquare Church) in Lake Forest, Calif., a missional congregation that reaches unchurched people through aggressive servant evangelism. He has served The Foursquare Church as a pastor, divisional superintendent and regional superintendent, and on the national and district church health and church planting teams. He currently serves on the district council, Foursquare cabinet and bylaws committee.

Prayer is appreciated for these new board members, for God to give them wisdom as they assume the responsibility of providing guidance for our church during this time of restructure and change.

For a full list of the board of directors and to learn more about each member, visit foursquare.org/about.