“About noon the next day, while they were on their way and approaching the city, Peter went up on the roof to pray. He became hungry and wanted to eat, but while they were preparing the meal, a trance came over him. He saw heaven opened and an object something like a large sheet descending, being let down to earth by its four corners. In it were all kinds of four-footed animals and reptiles of the earth and wild birds. Then a voice said to him, ‘Get up, Peter; Slaughter and eat!’

“But Peter said, ‘Certainly not, Lord, for I have never eaten anything defiled and ritually unclean!’

“The voice spoke to him again, a second time, ‘What God has made clean, you must not consider ritually unclean!’

“This happened three times, and immediately the object was taken up into heaven…

“Then Peter started speaking: ‘I now truly understand that God does not show favoritism in dealing with people, but in every nation the person who fears Him and does what is right is welcomed before Him. You know the message He sent to the people of Israel, proclaiming the good news of peace through Jesus Christ (He is Lord of all)—you know what happened throughout Judea, beginning from Galilee after the baptism that John announced: with respect to Jesus from Nazareth, that God anointed him with the Holy Spirit and with power. He went around doing good and healing all who were oppressed by the devil, because God was with Him.

“We are witnesses of all the things He did both in Judea and in Jerusalem. They killed Him by hanging Him on a tree, but God raised Him up on the third day and caused him to be seen, not by all the people, but by us, the witnesses God had already chosen, who ate and drank with Him after He rose from the dead. He commanded us to preach to the people and to warn them that He is the one appointed by God as judge of the living and the dead. About Him all the prophets testify, that everyone who believes in Him receives forgiveness of sins through His name.’

“While Peter was still speaking these words, the Holy Spirit fell on all those who heard the message. The circumcised believers who had accompanied Peter were greatly astonished that the gift of the Holy Spirit had been poured out even on the Gentiles, for they heard them speaking in tongues and praising God.

Follow along with all 21 Days of Prayer + Fasting
ShareTweetEmail
The Foursquare Church was founded in 1923, and we have been growing leaders ever since.
Advertisement 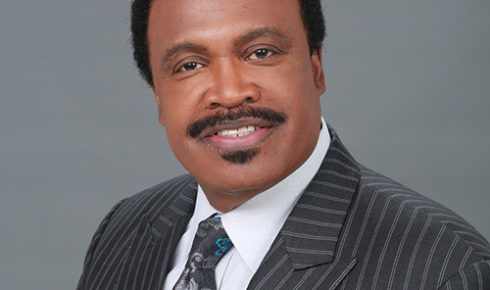