Soon after D.J. Vick enrolled at Western Baptist College in Salem, Ore., he attended a Sunday morning service at a community church. However, the new transfer student missed most of the sermon because he fell asleep. 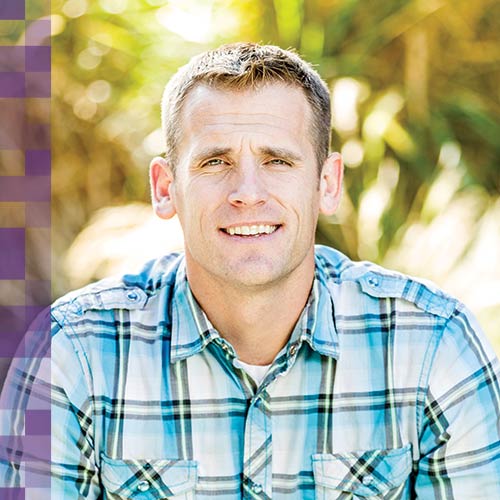 “I’ve been in Foursquare ever since,” says D.J., who in 2011 became the lead pastor of Eastside. “I appreciate our passionate faith, conversational approach in the pulpit and openness to the Spirit’s leading.”

The latter particularly caught D.J.’s attention. While he had received scriptural instruction at the nondenominational church he attended after coming to know Christ at 17, D.J. sensed something different at New Hope.

He saw it modeled by Pastor Terry Risser, who then served at New Hope and currently is lead pastor of Florence Avenue Foursquare Church in Santa Fe Springs, Calif. D.J. discovered that the youth ministry was also very sensitive to the leading of the Holy Spirit, and he soon became very involved.

“It was like, ‘We’re going to sing and hear a message, but what is God doing?’ ” D.J. recalls. “ ‘Let’s keep it simple and clear, but be open to that.’ ” The strong work of the Holy Spirit is a primary distinctive that attracted him to the denomination and transformed him into a proponent of Foursquare.

D.J. says that this emphasis provides an edge and creates a fire burning in members’ souls that has instilled a shared passion for people who don’t know Jesus.

After graduating college and joining the staff of Eastside, D.J. connected with Foursquare Missions International through Pastor Jim Hayford. On multiple missions trips to the Philippines, Jim demonstrated holistic ministry by offering education, health care and prayer for the sick, as well as the gospel.

“I also went to Thailand and saw our missionaries doing a phenomenal job of reaching kids and training them to avoid predators,” D.J. recalls. “I saw thousands of children being saved and discipled.”

“I appreciate [Foursquare’s] passionate faith, conversational approach in the pulpit, and openness to the Spirit’s leading.”

These experiences and others keep him strongly connected to Foursquare. The two most recent annual conventions also have helped him feel connected and have provided strong confirmation of his ministry.

At Foursquare Connection 2013 in Orlando, Fla., D.J. sensed the Holy Spirit directing him to start a morning prayer group aimed at interceding for Eastside and the community. That led to 15 members gathering early every Monday for prayer, which has sparked healings and a renewed sense of power in Sunday services and in his sermons.

Last May, at Foursquare Connection in Dallas, leaders called for a prayer meeting opening night. “When you see the movement say, ‘We’re going to pray,’ and you see it in action, that’s powerful,” D.J. affirms. “What better thing could we be doing? For some of the younger guys in our network—we were all moved.”

Besides connecting with other pastors and leaders, D.J. seeks to bring new people into Foursquare by emphasizing small groups. Eastside sees just over 1,000 worshipers a week. Almost twice as many call it their church home. The influx of visitors has prompted D.J. to spend more time in the pulpit and other venues discussing the value of these groups (whose numbers match Sunday attendance).

“I think we have to be clearer and clearer that this is about plugging into people, not programs,” the 36-year-old pastor asserts. “We don’t want to compete with other churches. We want to develop pockets of community where lives can be changed in relationship.”

In other words, D.J. wants to create the same kind of relational connections that attracted him to Foursquare as a college sophomore.