Lifelong Californian Bernie Federmann has drawn inspiration from numerous figures in Foursquare. Yet no one stands out more than the neighbors who prayed for his salvation for 14 years. 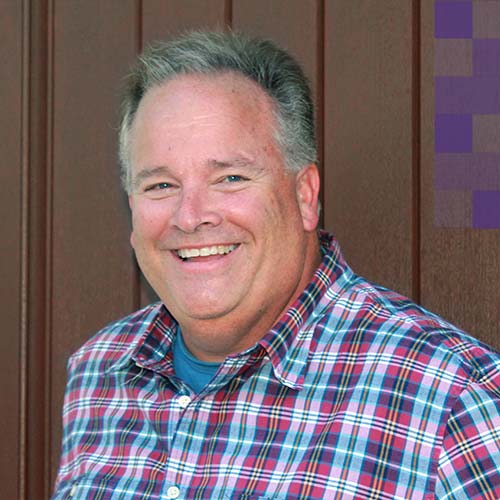 Meet Bernie Federmann, who grew up in a Jewish family and now pastors a Foursquare church in Lompoc, Calif.

Starting the day Bernie was born, the Biddle family asked God to help this Jewish boy and his family to come to know Jesus as Messiah.

It was not until tragedy struck that the Federmann family came to know Jesus Christ. Bernie’s older brother was out drinking one night with friends. When he tried to cross a busy highway, a car struck and killed him.

Grief-stricken Bernie asked his rabbi and others, “Where do dead people go?” Finding no satisfactory answers, he went to see the Biddles. Bernie had been deeply touched by the way they cared for the Federmanns during their time of grief.

“Here was a Foursquare family living out the call of Christ, just to be salt and light in the neighborhood,” says the longtime pastor of Lompoc Foursquare Church in Lompoc, Calif. “They didn’t preach loudly, but their message came through.”

That message bore eternal fruit a few months after Bernie attended youth group at Burbank Foursquare Church. At Camp Cedar Crest, he heard the story of Jesus for the first time. One night, he prayed to receive Christ after talking with Burbank Foursquare’s youth pastor, Rick Gilmore.

“He asked me to pray Rom. 10:9-10, and I did that,” Bernie recalls. “I remember the next morning having a different sense about my life. There was a great peace after losing my brother.” Three years later, his parents and two neighbors uttered a similar prayer.

In addition to the Biddles, the Lompoc pastor is grateful to many others in the denomination, especially his first pastor, Charles Baldwin. Today he seeks to bring others into Foursquare. For more than 15 years he has served as chaplain of the city’s police and fire departments, and has ministered to personnel at nearby Vandenberg Air Force Base.

“We call it the ministry of presence,” Bernie explains. “We need to love them so much that eventually they’ll ask us why. Then we’ll tell them about the love of our Savior. People have to know there’s not a hidden agenda. I’d rather be known for loving people than getting them to my church.”