When I was 2, in 1919, Aimee Semple McPherson sent my family to Bolivia. My parents had already been successful missionaries in Hawaii and China for a decade, so they knew something about the mission field.

Then, in 1929, when I was 12, our family moved to Trinidad, the capital of Bolivia, and we set up a mission station to reach the people in the city. These people were mostly professionals working in the city whose lives were vastly different than their distant cousins in the jungles that surrounded the city.

Ultimately, the indigenous groups living in the jungles were the people my father wanted to reach. He said they had never heard the gospel, and it was time we shared Christ with them. One of our converts, a Bolivian rancher, knew the jungles and the people who lived there. We began laying plans to travel into the jungles and find people who would listen to our message of God’s forgiveness and eternal life.

The first group we wanted to find was the Siriono Indians, a once fierce nomadic tribe but now a people dying off due to disease and a lack of hunting and farming skills.

Our rancher-guide led us into the jungles where we hoped to find the Sirionos. The journey through disease-infested swamps and jungles full of deadly wildlife was exciting for me as young teenager— at least in the beginning. I remember standing atop the ox cart as the team of oxen trudged through the murky swamps, where I saw crocodiles peeking at us from beneath the water’s surface. I must admit I was relieved when we finally reached high ground.

Father spoke through our guide to the Siriono Indian chief, hoping to reason with him about how we could help them protect their families and provide a consistent source of food throughout all seasons of the year. When my father told the chief that he wanted to help them improve their lives, the chief wasn’t convinced.

After much deliberation, the chief appeared to reconsider my father’s offer to help. They didn’t want to go with us to our mission headquarters in Trinidad, so my father agreed to bring supplies to the tribe. My father’s only request was that the chief would remain in one place until we could return with seed and farming implements for their tribe.

The chief said they wouldn’t stay because he didn’t trust my father to come back. I wasn’t prepared for what my father did next.

I was too stunned to protest, and before I knew it, Father hugged us boys, and he was gone. Days went by as Paul and I began to assimilate into the culture of the indigenous Bolivians. Paul accompanied some of the young men as they foraged for food, and I remained with the women and children in their temporary campsite, passing the time playing with monkeys, parakeets and macaws.

Soon, I realized that the “pets” were only a temporary relationship because these animals often became part of a meal for the tribe. For the Sirionos, life was a constant search for food, just to sustain life. They desperately needed to learn how to farm and harvest crops, and to hunt successfully.

We also knew they needed the love of God and the hope that comes by knowing Jesus Christ. The Sirionos had no form of worship or organized religion in their traditions. They had no deity to worship, and not even a word in their spoken language for God.

The chief kept his word, and his tribe remained in the same place until my father returned after several weeks of arduous travel. Paul and I were now fully immersed in the Siriono culture, and when the chief saw our father’s love for his boys, the deal was sealed. 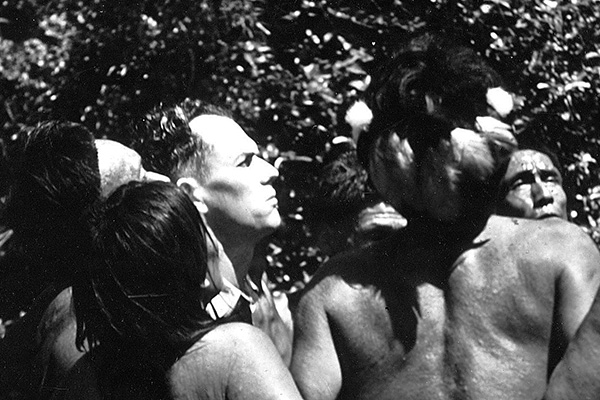 We ministered among the Sirionos for years, during which time they embraced most of what we taught them about improving their lives and sustaining their health and safety. They listened as we taught them the Bible in their language and politely sat as we showed them how to pray to God each day.

But after seven years, I was getting discouraged that we had not seen one conversion. I wondered if the Sirionos would ever receive Christ.

About that time, I came down with pneumonia and lay dying on my bed. My family prayed, and the Sirionos were convinced there was no hope. I was delirious with fever, so it was decided that I should be taken back to Trinidad, in hopes of finding medical help that would save my life—if I even survived the journey.

The Sirionos waved goodbye, and we set out across the same swamps I had traversed hundreds of times in the seven years we had been with these people. This time, I was mostly unconscious, and Paul knew I was almost dead. As the ox cart sat still in the middle of a steamy swamp, Paul prayed one last time for God to heal my dying body.

God’s timing is always perfect. I immediately began to improve and soon was coherent enough to say to our guide that it was time to return to the tribe. “Let’s go home!”

When the Sirionos saw me alive, they were convinced that God is real. Isabella, the young daughter of the Siriono chief, received Christ—our first Siriono convert—and revival began to spread, one person at a time throughout the tribe.

The indigenous people of Bolivia have been in my heart ever since. At the time I served there we had identified more than 375 tribes who needed to hear the gospel, and the need is still great. Millions of indigenous people in Bolivia are dying without Christ, just like the Sirionos were back in 1929 when my father trusted the chief with the lives of his two sons.