Foursquare Missions International (FMI) has announced a passing of the baton for its area missionary role to East Africa and Southern Africa (EASA)—a region of great need and greater opportunity.

The handoff, made in February, is between influential Latin America leader Humberto Paz, who spent 10 years as FMI‘s area missionary serving 17 EASA countries, from Angola to Zimbabwe, and Frank Greer, who previously led FMI’s work in Papua New Guinea (PNG) during a period of explosive growth.

With more than 1,300 churches and meeting places and more than 125,000 members in total, Foursquare in the EASA region has certainly grown. But it is also a part of the world that faces the challenges of famine and fighting, which leaders believe could be a doorway for the gospel.

Humberto and his wife, Teri, returned to the United States from their Cape Town, South Africa, base three years ago, to be closer to family. They live in Bend, Ore., where they are part of Westside (Bend Foursquare Church).

Frank and his wife, Kathleen, live in the Federal Way, Wash., area, where until the end of last year he was senior associate pastor at Northwest Church (Federal Way Foursquare Church). Joining 10 other FMI area missionaries serving in other regions of the world, Frank will be responsible for supporting, resourcing and equipping national Foursquare church leadership in EASA, and championing the needs and opportunities there to the rest of the Foursquare movement.

With a total population of around 400 million, much of the region has a long Christian heritage. However, it is also home to a large number of the world’s unreached people groups, with significant Muslim populations in some parts. And there is famine and war.

With their previous decade of FMI service in PNG, plus their continued role as coordinators of FMI’s missionary training, Frank and Kathleen are “humbled and excited” at the new appointment, he says. “When you have that call on your life as a missionary, you are always feeling drawn to people in other places, so we are very excited about this. It raises the level of expectation for us.” 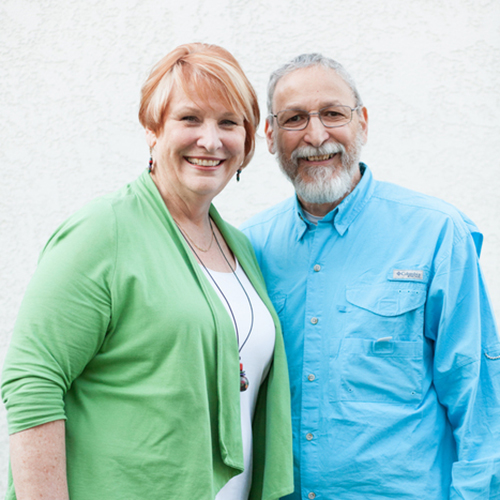 For Humberto, the transition is bittersweet; he has enjoyed his time serving EASA after more than 30 years of ministry in Latin America with Teri, first as missionary to his native Mexico—during which time Foursquare there doubled in size—and then as regional coordinator.

“I loved my time in Africa,” says Humberto. “I made the comment to my wife and other people that I wished I had come to Africa when I was younger so I could have stayed longer, though I know God’s timing is the right time, so I am not complaining.”

FMI Director Ted Vail paid tribute to Humberto’s contribution to EASA as “one of FMI’s most prolific and fruitful missionaries” whose legacy as an opener of new territories, mentor to leaders and strategist “leaves big shoes to fill.” Humberto is “a role model to so many, and as a Mexican American in Africa, he paves the prophetic road for generations to come,” Ted adds, noting that together the Pazes had been “role models to many leaders and missionaries alike.”

In replacing the Pazes, FMI looked to “another of its legendary missionary couples,” Ted says, underscoring the key role the Greers had played during their time in PNG, “mentoring missionaries” and seeing the Foursquare movement grow significantly, and Frank’s time as FMI regional coordinator for Asia. This new EASA assignment “puts them back in a frontline place to mentor this next generation of leaders.”

Appealing for prayer for the Greers and the ongoing needs in EASA, Humberto asserts that the work of the Holy Spirit has been an important part of the growth and development of the church there, from healings and deliverance to openness to the gospel.

Frank adds: “The kingdom of God is being advanced there. Some powerful things are happening where the Spirit of the Lord is moving, even in the midst of the trial and turmoil. Believers are rising to the challenge and seeking to bring the gospel of Christ into some of these very difficult situations.”