Senior Pastor Antonio Sims didn’t grow up in The Foursquare Church. In fact, he didn’t grow up in church at all. He gave his life to Christ after his military service and began active ministry within another denomination. 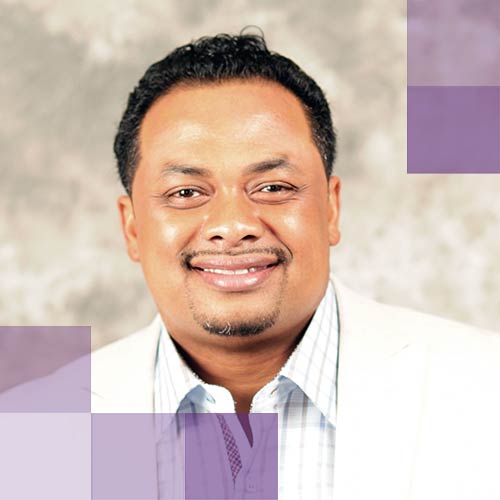 It wasn’t until age 36 that he first encountered The Foursquare Church. He went to a “Get to Know Foursquare” event and then decided to attend a service at a local church. “I was so overwhelmed with the love they showed me that I wasn’t sure if it was real.” One gentleman hugged him “so tight and wouldn’t let go,” Antonio says, that “it was a moment I’ll never forget.”

That intense feeling of connectedness prompted Antonio to join the Foursquare family and begin to pastor on his own. But the start was rocky. After about eight months, he felt his bonds begin to weaken.

“Not one of the leaders had contacted me in that eight months, and I began to wonder if I’d made the right choice,” he says. “When I brought my concern to two local leaders, Maurice Gholston and Maceo Banks, they invited me over for dinner and asked me not to give up on Foursquare. Their sincerity was a real turning point. They showed me they cared about me and the ministry God had given me.”

Now Antonio’s ministry efforts are thriving under the Lord’s guidance. In addition to being senior pastor of True Worship Church (Ferndale Metro Foursquare Church) in Ferndale, Mich., he and his team planted a church earlier this year, and he continues to work with leaders in Metro Detroit to promote Foursquare. He also has played a key role in developing the Detroit-based Urban and Multicultural Impact School of Ministry (UMI), an organization that provides cross-cultural and urban education, community development and vocational training.

“It’s basically a program for those who want to become pastors in urban and multicultural contexts,” Antonio explains. “We want to prepare people with the right message and equip them to be effective in different cultural dynamics.”

Staying connected with Foursquare has been a purposeful process for Antonio, and it’s clearly a part of God’s plan for his life.

“The leadership has allowed me to do what I’m passionate about, sharing the gospel my way and just being myself,” he affirms. “I feel like I am part of the Foursquare effort to give a voice to people of color and those in our urban communities. I believe we are headed in the right direction, and I feel that God is driving things.”