Foursquare Missions International (FMI) has announced that Aaron Hunter will succeed Paul Otremba as global associate director for the Americas, effective this December to allow for a healthy transition. The Americas region encompasses more than 25,000 Foursquare churches in 31 nations and territories across North and South America.

A veteran of past missions service in Mexico, Honduras and Chile, Aaron has lived in Colombia since 2017, focusing on NextGen ministry. He earned a master’s degree in strategic leadership from Life Pacific University.

“Aaron is a dynamic leader with a passion to raise up younger leaders,” says Paul Greer, FMI director, who oversees global associate directors, all of whom serve Foursquare’s missions and global movement from the frontlines. “He has proven himself through years of faithful experience.”

Married to Francis and the father of four children, Aaron sensed spiritually that a transition was imminent. However, he prayed God would allow him to continue working within a regional context and that his family could remain in Colombia.

“When FMI spoke with us about this new role, there was a sense of excitement in my heart, knowing this was from God,” says Aaron, who earned a master’s degree in strategic leadership from Life Pacific University. “Yet, at the same time, I felt like Joshua when the Lord told him to take the people into the Promised Land. That is the best way to describe how I felt: excited and shaking at the same time.”

Paul Otremba, who turns 66 in July, says Aaron is well-suited to assume this role because he represents a younger generation, knows the region well, and is bilingual.

“Aaron connects very well with the people in the region, especially with leaders,” says Paul, who was born in Colombia to German parents. “He is a leader who inspires.”

While Paul and his wife, Ulrike, will relocate to Germany to be closer to family, he hopes to stay connected to Latin America and continue serving leaders and churches in the Americas and Europe.

The author of discipleship and leadership manuals that churches can use to train a new generation of disciples and leaders, as global associate director and area missionary, Paul has worked diligently to help Foursquare move forward in ministry as a team.

“Older leaders are called to accompany younger leaders as wise and supportive mentors,” Paul states. “I appreciate my relationships with this younger generation of leaders.”

His successor finds value in a current six-month transition, as it will give him an opportunity to perceive the region’s needs, challenges and strengths.

“Aaron connects very well with the people in the region, especially with leaders. He is a leader who inspires.” —Paul Otremba

“I also believe this model of transition will be a great lesson to our regional leadership and local church pastors to see a passing of the baton,” Aaron explains, “where there is a high level of respect and no power struggle or conflict due to insecurities. It also shows there can be relational health during transition.”

Aaron will face a challenging situation: the pandemic. During 2020, most countries in the Americas were on strict lockdowns. For six months, no flights came into or departed from Colombia, hotels were shut down, and churches were not allowed to meet in person. Such regulations changed the way pastors and missionary workers did ministry. Not only did Foursquare pastors conduct virtual training and meetings, they had to preach virtually, as well.

Although most Latin American countries are open now, the requirements of travel and limitations on events and gatherings have forced continuing reliance on virtual meetings and interactions, Aaron notes. He sees living with uncertainty part of what he must grapple with come December. Yet he also perceives a positive side to this situation.

“The pandemic has been a wakeup call to the church and has interrupted our ‘business as normal,’” Aaron asserts. “I believe this season has given us an opportunity to return to our God-given mandate and make great disciples instead of simply filling up auditoriums. It is giving us the opportunity to develop authentic relationships within the church.”

As he steps into his new role, Aaron says his predecessor is leaving a huge legacy as a passionate, deliberate and visionary leader. Aaron has seen a healthy admiration and respect for Paul wherever he goes. He recalls once being asked to fill in when Paul couldn’t make the first part of a meeting with key leaders in the region.

“The next day he arrived, and when he walked through those doors, I noticed a complete change of the atmosphere, even a change in the physical posture of the leaders,” Aaron recalls. “Paul and I laugh about this as I have asked myself the question: ‘How will I fill these shoes?’ The reality is, I will not be able to fill those shoes. I can’t be Paul in the region. If I try to be, I will fail. I can only be Aaron that builds upon the solid foundation Paul has built.”

See who else is serving our Foursquare family worldwide. 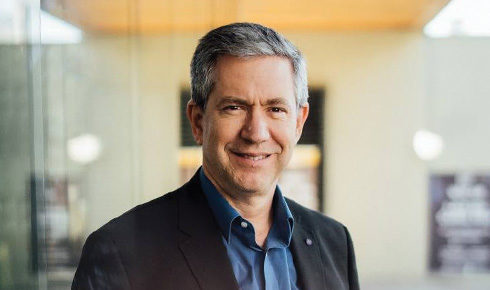 Foursquare appoints Jonathan Hall as area missionary to the Caribbean 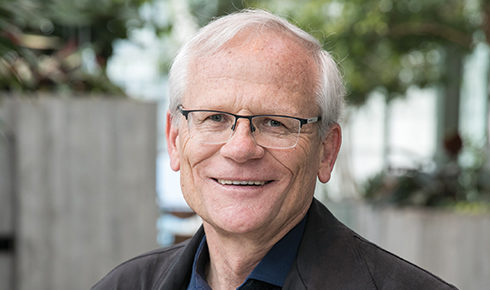 Using technology to raise up young leaders in South America